Forward New Orleans (FNO) is a broad coalition of 25 civic, neighborhood, and business organizations. The group is tasked with creating an issues-based platform designed to educate voters and engage candidates for mayor and city council in seeking to identify and implement best practices that will improve opportunities and the quality of life for the people of New Orleans.

The coalition secured dozens of pledges from Mayor Mitch Landrieu and New Orleans City Council members more than three years ago around a long list of important goals for the city’s civic life. This week, it issued a scorecard showing that city officials have lived up to more than half of their promises and are making progress on most of the rest. Of the 102 objectives listed for the candidates in 2014, the winners have fully met or are deemed highly likely to meet 54. Another 44 are in the works, while four were listed as unfulfilled.

The final report measures performance and progress in 11 different categories, including criminal justice and law enforcement, city finance, blight removal, economic development, and infrastructure. It highlights successes, such as NOPD’s use of advanced technology to help increase public safety and officer efficiency, teamwork between the Department of Public Works and Sewerage and Water Board to track a $2.4 billion infrastructure improvement plan through the interactive roadwork.nola.gov website, and renewed focus on economic opportunities for small and disadvantaged businesses. But the coalition is also clear in its call for additional progress toward curbing violent crime, coordinating criminal justice agency resources, and implementing civil service reforms. 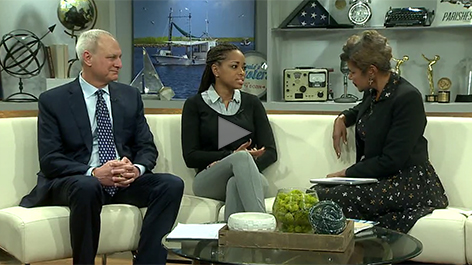 Click here to view an interview with FNO representatives on WWL-TV.

“Clearly, overall progress has been made, and a solid foundation has been laid on many fronts,” said Gregory Rusovich, Past Chair of the Business Council of New Orleans and the River Region and a Forward New Orleans coalition representative. “This progress is the result of a resilient and tenacious citizenry partnering with committed and dedicated political leadership.”

The report issued this week marks the group’s final scorecard for the current political cycle, as New Orleanians will be choosing a new mayor and council in October. Forward New Orleans will create a new agenda for the next four years. Stirling Properties’ President & CEO, Marty Mayer, will be participating on the task force to compile the new plan.