Amazon Leads the Way in E-fairness! 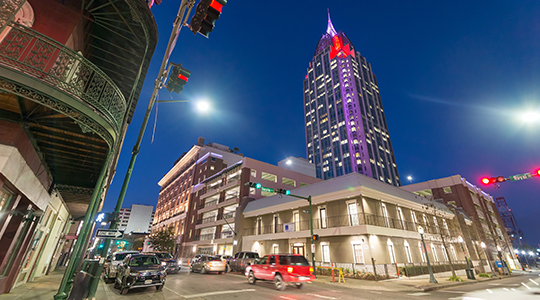 For decades, brick-and-mortar stores have been fighting for a level playing field with their on-line rivals who are not required to charge sales tax. To enact a little e-fairness, the state of Alabama passed the Alabama Simplified Use Tax Remittance Program, which allows online retailers that do not have operations within the state to collect, report and distribute an 8% sales tax. The on-line tax rate is still lower than its brick-and-mortar rivals who are generally closer to 10%. Since the program’s inception in October 2015, the state has received nearly $3 million in its general fund from 52 on-line retailers.

It was recently announced that Amazon, the largest e-commerce company in the world, has enrolled in Alabama’s state program and will begin distributing funds to the Alabama Department of Revenue monthly. Beginning on November 1st, Alabama will become the 29th state to collect sales taxes from Amazon.

Alabama’s Commissioner of Revenue, Julie Magee, is confident more on-line companies will sign up and expects to see a $40 to $50 million influx of tax funds by 2017 with “substantial” increases by 2018 and beyond. She further noted that 75% of the revenue goes to the state’s general fund, with the remaining balance to be split between cities and counties across the state.

As Alabama’s Government Relations Chair for the International Council of Shopping Centers (ICSC), I am thrilled to hear that Amazon will be participating in Alabama’s tax remittance program and like Ms. Magee, I too believe other on-line retailers will follow their lead. According to recent studies, it is estimated that Alabama is losing upwards of $500 million per year in uncollected sales tax from remote sales.

The shopping center industry is essential to state and local economic development – as a significant job creator, driver of GDP and critical revenue source for the communities they serve through the collection of sales taxes and the payment of property taxes.

In Alabama there are nearly 113.5 million square feet of shopping center space across 1,718 properties that directly employs over 200,000 people or 9.5% of the total state employment. These centers account for close to $32 billion in annual sales and add approximately $1.3 billion in state sales tax revenue.

An annual sales tax revenue of $1.3 billion for brick-and-mortar retail versus $40 to $50 million for on-line retail tells me we have a ways to go to level the playing field, but this is a great start. I commend Amazon for leading the effort!