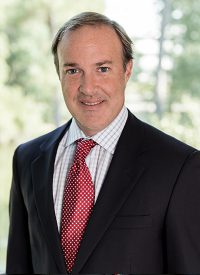 Ryan Murphy joined Stirling Properties’ commercial real estate team in October of 2010 and serves as a Senior Advisor working from the company’s Covington, Louisiana, office. He primarily specializes in the office market, representing both landlords and tenants. He also works with sellers and buyers in investment properties. Mr. Murphy obtained his CCIM designation in March of 2021 and is an active member. He is also a member of the New Orleans Metropolitan Association of Realtors (NOMAR) Commercial Investment Division (CID).

Prior to joining Stirling Properties, Ryan worked independently since 2002 in commercial real estate, developing and purchasing small office products. He continues to own and manage his own portfolio of office space.

Currently, Mr. Murphy holds an elected office as a councilman for the Town of Abita Springs, serving in his second term. He was selected by the council to serve as the Mayor Pro Tem.

Mr. Murphy is a graduate of the University of North Carolina at Greensboro, earning a B.S. in Political Science and a B.A. in Economics. He also has earned an MBA from Loyola University New Orleans.