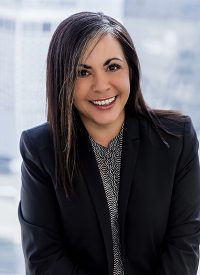 Rhonda Sharkawy joined the Stirling Properties team over 25 years ago as Development Director, where she was involved in retail ground-up developments and redevelopments. In 2002, she transitioned to the Commercial Brokerage Division as Senior Retail Leasing & Development Executive. For over twenty-five years, she has worked on new retail developments, redevelopments, and leasing existing shopping centers. In addition, she represents over a dozen national retailers throughout Louisiana and Mississippi. Rhonda is well seasoned in all aspects of commercial retail real estate.

When she is not working, she is with her family & friends enjoying music, the arts, travel, and nature.