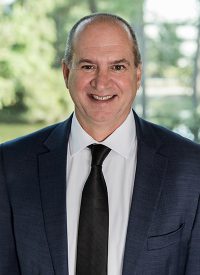 As CFO of Stirling Properties, Paul Mastio is responsible for the property management and corporate aspects of the company’s accounting functions, tax planning, accounting operations, and reporting. He also manages the technology department, working with the CTO to evaluate and implement software systems and infrastructure. He is also involved in coordinating company processes and proposing and implementing changes to procedures and policies.

Before earning his accounting degree in 1991 from Southeastern Louisiana University, Mr. Mastio joined the firm of Schoen and Company, CPAs in Baton Rouge, LA. He received his CPA designation in January 1993 and then joined Stirling Properties in June of 1993 as Corporate Accountant. He was promoted to Controller in 2000 and then CFO in 2003. In 2012, he was named a partner within the company.

Mr. Mastio is a member of the American Institute of Certified Public Accountants (AICPA), Louisiana Society of Certified Public Accountants (LCPA), and ICSC. He has served as President of the PMAS Accounting System Users Group, which hosted an annual conference to educate and improve the function of the accounting system. Mr. Mastio now serves as a member of the Yardi Property Management Systems Users Group and has guided other former PMAS users to the Yardi system. He is also a Certified Information Technology Professional (CITP).

Being involved in the community, Mr. Mastio was co-chair of the 2021 Special Olympics Over the Edge fundraiser after being a participant in 2020 and previously served as a Board Member in his church in Covington, LA. In addition, Mr. Mastio has coached soccer with the Mandeville Soccer Club and basketball at Pelican Park and served as a Den Leader for Boy Scouts of America. He is a previous member of Stirling Properties’ Stewardship Committee and was part of the team that created the annual Stirling Olympics, a company-wide event to raise money for nonprofit organizations. He continues to be a resource for the Stewardship Committee and also stays involved with the Northshore Community Foundation.

Mr. Mastio resides in Madisonville, LA, with his wife, daughter, and two sons, with another son studying at Mississippi College and another son working as a personal trainer in Hammond, LA.