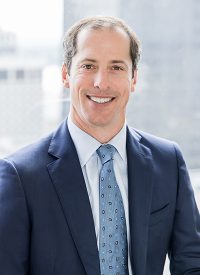 Gaines Seaman serves as a Senior Advisor with Stirling Properties’ commercial real estate team and specializes in landlord and tenant representation of office space. His inventory includes 1.5 million square feet of Class A space comprised of the Heritage Plaza building in Metairie, Louisiana, and the Pan American Life Center and Freeport McMoRan buildings in the Central Business District of New Orleans, LA.

In 2017, Gaines was awarded the prestigious F. Poche Waguespack Award from the New Orleans Metropolitan Association of REALTORS® (NOMAR) Commercial Investment Division (CID) for the highest volume of sales and leases in the greater New Orleans area.

Since joining Stirling Properties in 2008, Gaines has received the following awards and recognition:

Gaines has served on the Board of Lighthouse Louisiana and currently serves on the Alumni Board and Parent Giving Committee of Metairie Park Country Day School.

Mr. Seaman is a graduate of the University of Mississippi with a bachelor’s degree in Business Administration with an emphasis on Marketing.