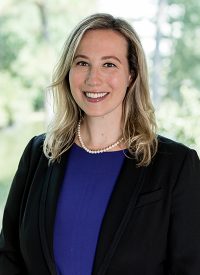 Carly Plotkin joined Stirling Properties in 2016 and serves as an Advisor with the company’s commercial real estate team. She has extensive knowledge in the commercial real estate industry with a primary focus on tenant and landlord representation and a strong interest in the retail and hospitality market. She has worked with national, regional and local clients in both marketing and leasing capacities.

Previously, Carly worked with The Howard Hughes Corporation, where she led local marketing and development efforts for the overhaul of the former Riverwalk Marketplace into the nation’s first downtown outlet center, The Outlet Collection at Riverwalk in New Orleans.

Ms. Plotkin was the recipient of the 2017 “Rising Star Award” at the New Orleans Metropolitan Association of Realtors (NOMAR) Commercial Investment Division (CID) Annual Achievement Awards ceremony. In 2018, she received her first NOMAR/CID Achievement Award for transactions totaling over $2.5 million.

Since joining Stirling Properties, Carly has been an active member of ICSC and holds a position on the Next Generation Leadership Board, in addition to serving as ICSC’s NextGen State Chair for Louisiana. She is also an active member of NOMAR/CID, where she served as a volunteer on the Programs Committee, and the Retail Brokers Network (RBN), where she served as RBN’s NextGen Southeast Committee Chair.

Currently, Carly is affiliated with several nonprofit and volunteer organizations, including the Anti-Defamation League, and she is a graduate of the New Orleans Business Alliance’s inaugural Economic Development Ambassadorship Program.