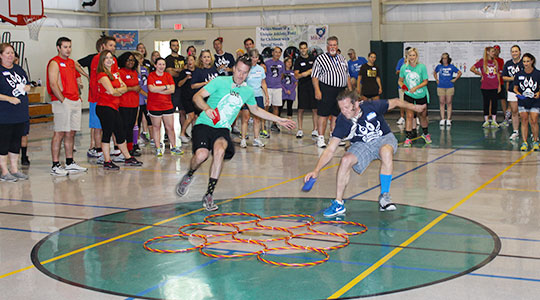 Stirling Properties has its own version of the premier sporting event! Employees and agents recently celebrated the 4th Annual Stirling Olympics, an event hosted by the Stirling Stewardship Committee to raise money for charitable causes. The event was a HUGE SUCCESS, raising $57,000 for local nonprofit organizations!

Funds raised benefited The ALD Foundation, which strives to raise awareness and supports the research of Adrenoleukodystroply, a genetically determined neurological disorder that affects young boys between the ages of four and ten, as well as The Miracle League of Greater New Orleans, which works with mentally and physically handicapped children so they can participate in everyday sports. Representatives from each organization were on hand to accept a check for $28,000 each.

With funds from Stirling Olympics, The Miracle League is now one step closer to constructing a new field for its Northshore division, where children will have access to a safe playing environment!

Here are a couple of comments from the recipients:

“Special thank you to Stirling Properties for selecting us as a beneficiary of their Olympics this year. Their contribution to the construction of the new field pushed us over the halfway mark to being fully funded!” ‪-Representative, Miracle League

“Stirling welcomed the Adrenoleukodystrophy Foundation and honored us with extreme generosity. The best I can offer to each employee who outdid themselves is thank you. Going forward, the commitment I have already made is to give in a manner that elicits a similar response. Leading with love and care is the best possible path any of us may traverse. Thank you Stirling.” -David Cry, Founder of The ALD Foundation

Throughout the day, teams battled one another in 10 quirky competitions – Basketball with a Football, Musical Chairs, Separation Anxiety with M&Ms, Junk in the Trunk with Kleenx boxes and ping pong balls, Tick-Tac-Toe, Flashdance Pedometer Race, Hula Hoop Chain, Plinko, Heads Up and Team Relay. Scores were tallied and individual medals were given for each event. 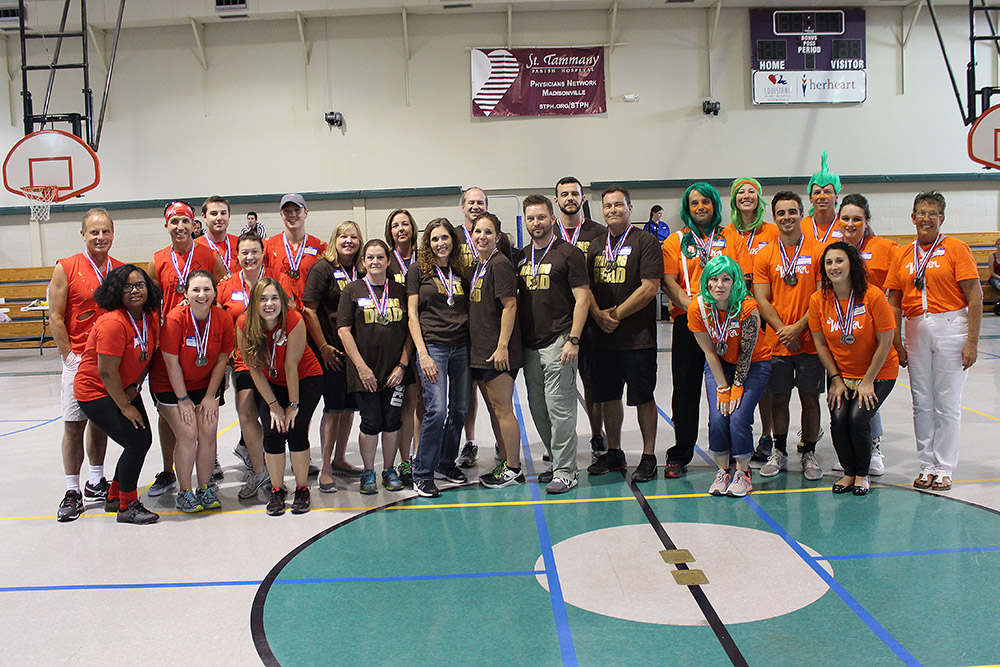 And a big shout-out to the Stirling Stewardship Committee for all their hard work organizing the event and making it happen! You all deserve a round of applause!!